Far infrared for removing mould in the home 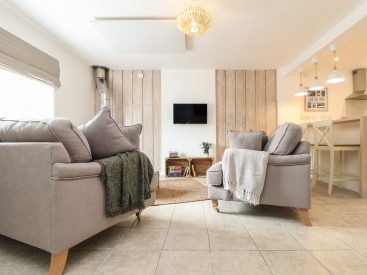 Mould in the home is a serious health risk. Spores form on walls and ceilings mostly in the corner of rooms where there is poor airflow. This enters the air which people then breathe in.

This can lead to chest infections and allergic reactions. And even worse medical conditions, to the extent of life-threatening illness.

How to get rid of mould in the home?

Just think about a summer’s day in your garden. Where would you put wet clothes to dry? In full sun, of course. Not in the shadows. Well, far infrared heating panels from Warm4less is like bringing the sun into your home.

Far infrared rays from the panel flow across your room and dry the surfaces they hit. As the surface dries the damp behind comes through and is also dried. This is particularly effective in situations such as a rising damp when porous brickwork and plaster gets damp.

Apart from rising damp and rain ingress through porous walls, the other cause of mould in the home is condensation on wall and ceiling surfaces. Too often, people don’t use enough heating in the homes because it’s just too expensive. They don’t have far infrared heating to cut costs. So moisture from daily activities such as cooking, showers and the like puts a lot of warm water vapour into the air which then condenses when it touches a cold surface. And where there is little airflow such as in the corners of rooms, this is typically where the mole starts.

Far infrared heating keeps the surfaces of the room warm. Heat energy is released on contact with surfaces and provides a strong drying process that mould really hates. Any energy expended and the bills you will pay will be less than with old-fashioned air heaters, which struggle to raise room temperature and heats air molecules not wall and ceiling surfaces. This is a crucial difference and is the reason why far infrared is so much more cost efficient and effective in dealing with mould.

To give you an extreme example of the power of far infrared to remove moisture and mould, Warm4less provided 6 panels of 600 x 1000mm, each with 600 Watts power, to a home owner whose property in the Highlands of Scotland had been devastated by a mains water flood.

A pipe burst and water had built up right across the ceilings in the bungalow until the pressure built up to the extent that all ceilings collapsed into the property! When we arrived to look at the property, there was literally still an inch of water throughout the ground floor!

As the walls were plasterboard, they were porous and allowed the moisture from the rockwool insulation behind to be drawn through and evaporated. You can see this process in the image below.

The black mould spores that had already formed on the walls when we arrived there sometime after the disastrous flood, had died and could literally be brushed off.

The only moisture we found that hadn’t been stripped out of the property was in a central area of the ceiling where the far infrared rays hadn’t reached. The installation and boarding in this area were simply replaced.

When you consider only 3.6 kW were used to save over £30,000 in building costs, the drying power of far infrared is truly remarkable. The bit of mould you have in your home won’t present much of a challenge!

As long as you have calculated enough wattage to install, your infrared heating panels should do a great job of keeping your home warm, mould free and healthy. Call Warm4less for further advice if you require assistance.

Building quotations had been received to the sum of £57,000 to repair the damage. The homeowner simply couldn’t afford this. They positioned the 6 panels one in each room and one in the entrance corridor. Over the next 10 weeks, these panels removed all moisture in the building.

Literally thousands of gallons of water were evaporated, with the moisture laden air vented through the large holes in the ceiling up into the loft and from there outside. Ideally some windows would have been left open slightly, but for security risks this couldn’t be done. And we would recommend de-humidifiers to accelerate the process if time is vital

As the walls were plasterboard, they were porous and allowed the moisture from the rockwool insulation behind to be drawn through and evaporated. You can see this process in the image below.