UK Energy Crisis – The Facts and How to Survive 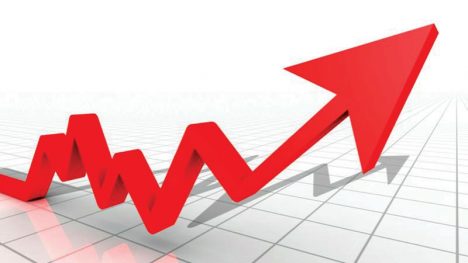 Ofgem, the industry regulator, recorded a record high in household bills after the price cap in October reached an average of £1,277 a year for a dual fuel bill. This price cap is expected to rise by 50 per cent when Ofgem recalculates its level in April and will probably reach more than £2,000 by the end of the year (The Guardian, J. Ambrose, and H. Osborne, 28/12/2021).

Ofgem and many of the UK’s leading energy suppliers are expecting that the hike in utility prices will push many households and small businesses into fuel poverty. It will also mean that many large corporations will have to either cut working hours or staff to be able to cope with the increase.

Many energy providers are calling on the government to provide some form of financial relief to assist in keeping prices down for end users as a short-term solution. They have suggested this be done by the Treasury waiving the VAT rate on gas and electricity, which would cut bills by 5%, or by moving policy levies paid for through bills into general taxation. Although the Treasury have argued that this would not be financially viable, Labour has argued that the higher VAT revenues already paid this winter would more than offset the impact of these proposals (The Guardian, J. Ambrose, and H. Osborne, 28/12/2021).

Others are saying the funds could be raised by the Treasury by putting a windfall tax on North Sea Gas Providers which are scheduled to make record profits from the energy crisis.

The final proposal is that the government gives loans of over £20bn to energy companies to cover the cost of the rising market prices, which they would then repay over years. This would help companies survive the crisis without increasing bills for the short term.

The business secretary, Kwasi Kwarteng, met with energy company bosses on Monday 27th December 2021 to find a solution but failed to reach an agreement.

Whilst all of this has been going on, the media have been offering advice to energy consumers on how they can save money and prepare themselves for higher bills. The tips given are as follows:

All of the above is genuine advice given to ensure you make it through the energy crisis financially stable (The Guardian, J. Ambrose, and H. Osborne, 28/12/2021). But why should you have to sacrifice so much?

All of these solutions either cost money or comfort, which at this moment when money is so tight for everyone, comfort is the one thing we shouldn’t have to compromise on.

Increasing the insulation level of a property isn’t a bad idea, but it is a temporary fix as although you won’t need to run the heating for quite as long, those utility prices are still going to be expensive and are still rising. Shortly, the money you’ve saved by turning the heating down will be cancelled out by the price inflation as it will still need to run for a considerable amount of time.

Getting rid of the tumble dryer, whilst manageable, is not realistic for families with young children who go through numerous outfits, blankets, bed sheets and pajamas a week. In these households, a tumble dryer is a necessity.

Switching off lights in rooms or areas not in use seems fairly common sense and not exactly a ground-breaking solution. In addition to this is the advice to wear extra layers to keep warm to save on heating bills. If no one can afford their heating bills then it seems fairly straight forward that the only option left is to layer up. The whole point of articles such as this is to provide intervening advice to help before this point is reached.

In the current climate, solar panels with a battery back-up could be a good solution. Although the initial outlay may be costly, the option to integrate electric heating solutions into the system can be extremely economical, especially if the electric system mentioned is low wattage as this would mean that a majority of the system would be powered by generated electricity. This would mean that rather than having to buy 100% of the required electricity to run the system from the grid, much of the required power would be generated by your own panels so you would only need to buy a small portion, if any, from the grid to make up the rest.

Airsource Heat Pumps can be as much as 40% more expensive to run than a gas system, never mind the initial purchase and installation costs. This is due to the fact they require a 9Kw buffer tank to heat which must be powered every time heating is needed. So, if homes and businesses are already struggling to keep up with their gas rates, an Airsource heat pump is definitely not the answer to their struggles.

Across both the government and the media, it seems everyone is just as lost on how to help as each other. However, one thing which is resounding across most news articles is that electric heating is the way forward.

The cheapest form of electric heating currently available on the market is Far Infrared heating, and this is because it is very low consumption, and it is much more economical with the power it uses than any other form of heating. Typically, we replace a 2Kw electric convection heater with 600w of Far Infrared. If the average electric cost per Kw/hr is currently 0.15p, for one hour of use, the 2kw heater would cost 0.30p and our Far Infrared heater would cost 0.09p, saving 0.21p per hour!

Because of its unique technology, Far Infrared is suitable for almost any property, from solid stone to very well insulated new builds. Rather than heating air temperature, which is susceptible to draughts and natural convection, the rays focus on the building’s materials, turning each room into its own heater. This means that the heating panels run for much less time than wet radiators or storage radiators, but still achieve the same heat pay off. So, our 0.09p could potentially be even less for the hour as the heaters tend to only run for 45 minutes of an hour.

You don’t need to sacrifice comfort to survive. Speak to a professional at Warm4Less today to help you prepare for the future.