The Renewable Heat Incentive Is Ending, What Happens Now? 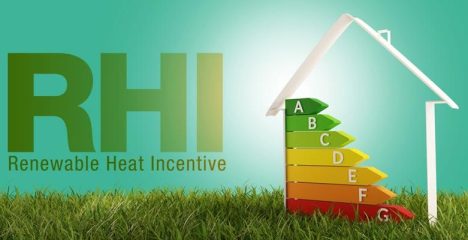 Here we discuss the imminent energy price hike, what new heating incentives are arriving and some revolutionary studies on IR heating.

Energy prices are increasing, and the government are looking for the best heating alternatives to recommend to homeowners. We’ve mentioned before that the government were backing air source heat pumps, but it seems they’re no longer convinced that ASHPs are the way to go.

The lack of anticipated sign ups and cost of the Renewable Heating Incentive (RHI) means it’s been announced that at the end of March 2022 it is being retracted and replaced by a new scheme called the Clean Heat Incentive.

What was the Renewable Heat Incentive?

This scheme was introduced in 2011 for commercial properties and 2014 for domestic properties and was put in place to give back to people who chose to install these systems in their homes. The financial benefit depended on the amount of energy the household produced however like solar, the current tariff rates have decreased.

What is the new Clean Heat Incentive?

The CHI is there to help with upfront costs of heat pumps. The main (and only) advantage of the clean heat grant over the RHI is the simplicity. It’s a simple one-off payment of up to £4,000 towards the installation.

There are a few T&C’s such as requiring a certain EPC rating and needing less than a 45KW system but whilst there’s now an upfront benefit to mitigate the pricey install cost, the overall total cost of ownership still exceeds that of several other systems.

Honestly, if you were tempted previously to opt for an ASHP, it would’ve been financially better with the soon to be gone RHI scheme. The £4,000 contribution is nice, but plays a small percentage in the supply, installation, ground works and maintenance of the system.

The current renewable heating scheme sees an average of £28,000 being given out via a tariff system over 7 years. The clean heat grant is limited to £4,000.

What alternatives are there?

Why are the government no longer backing their original preferred method of heating? We believe it comes down the increasing number of studies and reports that are being released highlighting the lack of viability of the system for various homes in the UK.

A recent interview on GBNews, the director of Heat Pumps 4 Home David Morris explains the heat pump grant was only eligible to an estimated “90,000 homes out of 27 million houses.”

According to Energy Live News, ‘’A new study claims infrared heating is more cost-effective and energy efficient than heat pumps – and could be the answer to net zero’’

How does it combine with solar?

Electric heating has traditionally struggled to be a viable heating solution with solar PV. The high KW rating of storage/electric wall panels heaters has meant a homeowner would require such a high generation to power the various heaters it wouldn’t be worthwhile.

Whereas Far IR panels rated from 0.16-1.1KW in power allows to get so much more value from solar energy and the heat that’s being generated during the day still offers a residual benefit come late evening.

Warming the fabric of the property during the day and raising the thermal mass is both good for damp protection but means its easier to raise room temperatures in the evening.

Our radiant panels are one of the few systems rated to work on a variable load, meaning if only a small amount of excess power is available, a 700 Watt panel for example can use 300 Watts of surplus power to emit a form a trickle heat.

Many homeowners are waiting for battery prices to drop further until committing to purchasing one. Like many new technologies once the market begins to become more saturated prices may fall and ease the cost of entry.

Whereas other homeowners believe the storage benefits already outweigh the cost and have committed to installing one alongside either their new or existing PV system.

Either way, having a store of KW’s ready to power for example 5KW of radiant powers early in the morning or late at evening is a great thing to have access to.

What other reasons to opt for Infrared Heating?

Our website discusses the benefits of infrared heating and why we think it is the way forward, but who else is championing this technology?

You can read the full article in which Dr Vinh Doan from EnTRESS, Wolverhampton university.